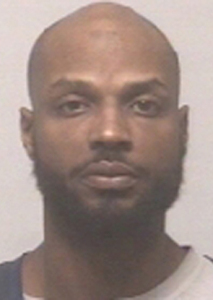 Bond has been set at a million dollars for a Kenosha man accused of the violent murder of his 11 month-old daughter on Tuesday. The accused, 34 year-old Russell Rose, allegedly told police that he killed the child to “rid her of the evil inside her” and to “destroy what he created.”

At Rose’s initial appearance Thursday, Court Commissioner Jon Mason called the shear brutality of the crime almost incomprehensible. “The descriptions of the injuries suffered by the child . . . presents an overwhelming case of brutality and cruelness by this defendant, if these allegations are true,” Mason said.

Rose is accused of slamming his daughter, Serenity, to the ground several times during an altercation with the child’s mother, as well as choking and punching the woman and kicking her down a flight of stairs. After a neighbor confronted him, Rose is accused of setting a fire in his apartment. He suffered burns in the fire. Lampy remains hospitalized.

“It never ceases to amaze me, in my years of doing this business, mans inhumanity to man,” said Kenosha County District Attorney Robert Zapf. “The whole community is suffering with the family.”