You are here: Home / Badgers / Badger bench to the rescue 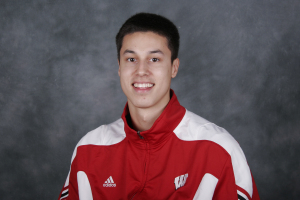 The 2nd-ranked Wisconsin Badgers wiped out a 53-44 second half deficit and pulled out a 68-65 win over the Georgetown Hoyas in the semifinals of the Battle 4 Atlantis.

Sophomore forward Nigel Hayes tipped in a miss by Traevon Jackson with 20 seconds left to put the Badgers up by three and D’Vauntes Rivera-Smith misfired on a three-pointer that would have forced overtime.

Sam Dekker scored 17 points, Hayes added 15 points and seven rebounds and Bronson Koenig came off the bench to scored 14 points (2 of 4 three pointers and 6 of 10 shots overall) for the Badgers.  Duje Dukan also added eight points off the bench to help the Badgers in their second half comeback.

Frank Kaminsky hit just 1 of 8 from the field and finished with a season-low six points.  The Badgers also had 14 turnovers, six more than their season average.