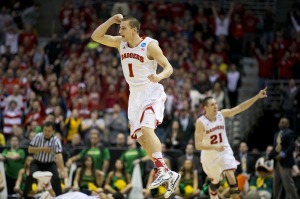 Kentucky opens at number 1 and Arizona, which fell to the Badgers in the Elite 8 last season, starts the season in front of the Badgers, at number-2.

The number-3 ranking is the highest in the AP poll for the Badgers.  Their previous best was No. 9 to start the 2006-07 season.

Duke, which comes to the Kohl Center on December 3, comes in at number-4.  Kansas is ranked fifth.

Four other Big Ten teams are in the poll.  Michigan State is 18th, Ohio State 20th, Nebraska at number-21 and Michigan at number-24.