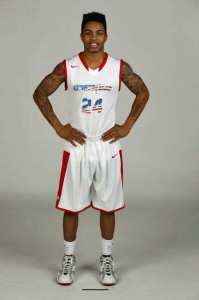 The Green Bay Phoenix men’s basketball team used a 24-7 run to close the first half and rolled to an 88-57 win over visiting Illinois-Springfield on Saturday afternoon at the Resch Center.

The Phoenix got 32 points from their bench, led by freshman Daeshon Francis who scored 9 points in his Green Bay debut.

Sophomore newcomer Henry Uwadiae (Benin City, Nigeria) had five of the teams 12 blocked shots, with each coming in six minutes in the first half.

Green Bay returns to action on Wednesday night when they face the 3rd ranked Wisconsin Badgers at the Kohl Center in Madison (8pm).