You are here: Home / News / Officials aim for zero fatalities on Wisconsin roads this holiday weekend 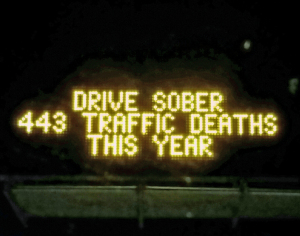 “When roads get congested, when traffic increases, a lot of times that’s one of the things that may suffer,” he says. “People give up that normal following distance that they have and that’s problematic when there are problems as far as traffic slowdowns or traffic even coming to a stop.”

Too many fatalities on Wisconsin roadways do not have to happen. Harvey says it’s OK to enjoy an adult beverage over the holidays, but do not drink and drive. “Alcohol is a factor in about 50 percent of fatal crashes, and that’s something that’s really under people’s control.” Harvey says, “Planning ahead and just making sure people do have safe drivers behind the wheel is an easy way to address something like that and hopefully drive those numbers down.”

Before your trip, Department of Transportation officials suggest drivers check the 511 Travel Information System for the latest on road conditions and possible delays.