You are here: Home / News / Snow could make for hazardous driving conditions in Wisconsin 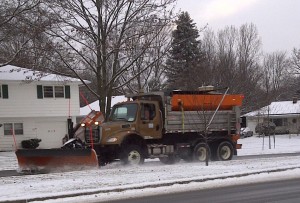 Snow falling across the state today could make for slow going on the roads this afternoon and tomorrow.

The National Weather Service says up to seven inches of snow could fall across central and northeastern parts of the state through tomorrow morning. Tod Pritchard with Wisconsin Emergency Management says that could cause trouble on the roads for many drivers, with the afternoon commute in particular “pretty treacherous.”

Pritchard says drivers should try to keep current conditions in mind and give snow plows time to clear the roads. They should also consider checking the state’s 511 service before they head out for updates on the latest road conditions.

Pritchard says the snow will initially be wet and heavy, although dropping temperatures could cause issues with blowing snow later tonight. Another wave of snow could hit the state on Wednesday, although he says it’s only expected to be a small amount without any serious impact on travel conditions.