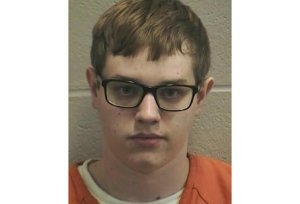 A student at the University of Wisconsin-Oshkosh has been charged in federal court with possessing ricin, a deadly biological toxin.

Authorities arrested 21-year-old Kyle Smith on Halloween, after executing a search warrant on his home. They were acting on a tip from two of Smith’s professors, who told investigators the student had been taling about extracting ricin from castor beans, and how he learned more about the chemical from the Internet. Powder found in a glass vial in Smith’s hope reportedly tested positive for ricin, which experts say can cause respiratory failure if it’s inhaled.

In a search warrant affidavit, Smith was quoted as telling a concerned professor, “They are all interested in life, and I am interested in, like, ending it.” Officials said Smith also mentioned a fascination with chemical weapons, but he never expressed a desire to harm anyone.

Smith has been jailed since Halloween.