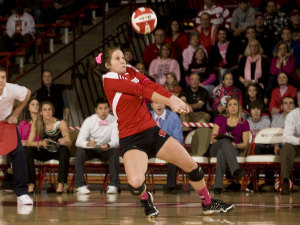 The Badgers closed the regular season with their 19th straight victory to finish 19-1 in the Big Ten and 28-2 overall.  Wisconsin captured the Big Ten title for the fifth time overall and first time since 2001.

The Badgers will find out on Sunday where they will be competing in the 2014 NCAA Championship.  The 64-team bracket will be announced at 7:30 p.m. live on ESPNU.  As Big Ten champions, Wisconsin will receive the conference’s automatic bid.