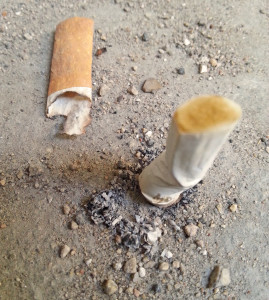 About 18 percent of adults in Wisconsin are smokers, that’s down 2 percent from 2012.

Dr. Michael Fiore is the founder and director of the UW Center for Tobacco Research and Intervention (UW-CTRI). He says the state’s efforts to prevent kids from lighting up in the first place and to help adult smokers quit successfully are paying off. “We’re seeing the results of that.” Fiore says, “The $5 million per year investment for the whole state has been shown to be a very good investment for Wisconsin’s health.”

The data from the Wisconsin Behavioral Risk Factor Surveillance System Survey (BRFSS) shows smoking rates are still high among some groups — 33 percent of low-income residents or those have less than a high school degree still smoke.

“We know that smoking still kills almost 7,000 of our residents. It’s the leading cause of preventable illnesses and death in our state.” He says, “Every time we drive that smoking rate down, people have less illness and lives are saved.”

Sales of tobacco to underage youth also declined in 2014 to 6.4 percent; down from 7.3 percent in 2013. The state spends about $5 million a year in preventive measures. Money well spent, Fiore says, considering the costs of smoking is over $1 billion a year.

AUDIO Fiore says the reduction in smoking rates is great news, but not good enough. :45

Wisconsin’s percentage of smokers is consistent with the national smoking rate of 17.8 percent. Fiore says the all-time high was in the early 1960s when the adult smoking rate was about 44 percent.