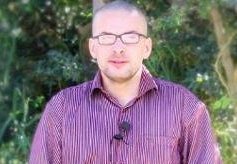 A 2008 Beloit College Grad held by al-Qaida militants in Yemen has been killed in a failed U.S. rescue attempt.

U.S. President Barack Obama said in a statement he ordered the raid that resulted in Luke Somers death after al-Qaida in the Arabian Peninsula posted a video online Thursday threatening to kill Somers.  Obama said information “indicated that Luke’s life was in imminent danger.”

Somers was working as a photo journalist when he was taken in September of last year.  He attended Beloit College from 2004-2007.