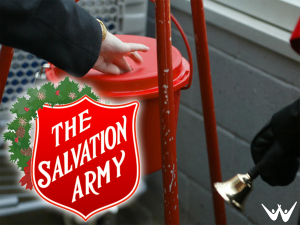 It’s turned into a very Merry Christmas for the Racine Salvation Army because of a recent donation-match scenario for the red kettle campaign, and making up what was going to be an otherwise large hole in the budget.

Major Ken Nickolai says they called SCJ to report the total, and were told the company would instead double-match it, for a grand total of just over $53,000 for Saturday alone. Of the salvation Army’s budget, 60 percent is from the kettle campaign, so Major Nikolai is offering many thanks to the community and S.C. Johnson.