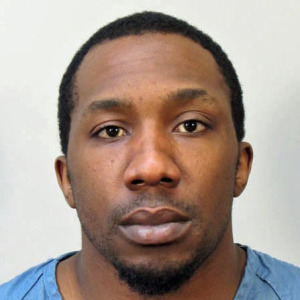 Former University of Wisconsin Badger football player Jack Ikegwuonu and his twin brother William Ikegwuonu have been arrested in connection to a recent armed robbery, and are suspects in several other armed robberies in the Madison area.

Madison Police worked together with Middleton Police to arrest the brothers after an armed robbery at Klinke Cleaners on Gammon Road. Madison Police believe Jack and William are suspects in four other armed robberies that occurred in downtown Madison over the last few weeks.

Police used a GPS tracking device on one of the brother’s cars, after it had been identified on surveillance video in a previous armed robbery. Madison Police spokesman Joel DeSpain said detectives believe a heroin addiction fueled the robberies.

“For those who have fallen prey to this drug, it seems that they’ll do almost anything, they become a slave to that drug,” DeSpain said. Jack Ikegwounu played cornerback for the Badgers from 2005-2007, and was drafted by the Philadelphia Eagles in 2008 before a knee injury ended his career. Both brothers also played football at James Madison Memorial High School.