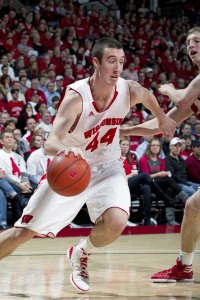 Frank Kaminsky scored a game-high 25 points, pulled down 11 rebounds and blocked six shots to lead the Wisconsin Badgers to a 68-56 win over Buffalo in the final tune up for the start of Big Ten Conference play.

It’s the fifth straight win for the Badgers (12-1), who will open the Big Ten season Wednesday at the Kohl Center.

The Bulls (7-3) had the early advantage and led 27-26 at halftime.  The Badgers missed 13 of 14 shots from the field during a first half stretch to contribute to the halftime deficit.