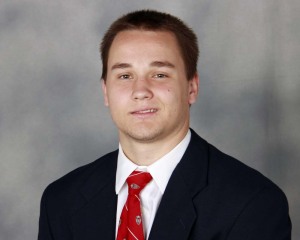 “Keegan came in to see me and told me he wasn’t having much fun,” said coach Mike Eaves.  “He said it wasn’t one thing specifically.  He said he just wasn’t having fun coming to the rink and it wasn’t in his heart to stay any longer.

Ford, a Waunakee, Wisconsin, native, has skated in all 12 of Wisconsin’s games this season, posting two assists and nine shots on goal.  He is planning on finishing the semester in school.

Keegan Ford stil has a brother on the team, freshman forward Jason Ford.