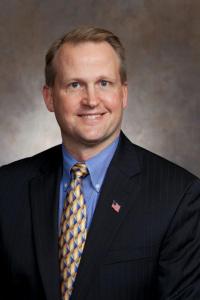 A recent audit highlighting many failings at the state Government Accountability Board has Democrats defending the agency and Republicans pointing out its flaws.

Representative Dean Knudson (R-Hudson) says the failings are worse than originally thought, saying there’s a “complete structural failure” at the state’s elections agency. “So what I mean is that the staff has run amock,” he says. “The GAB staff, on many occasions, has either ignored the law or they failed to follow their board or they withheld critical information from the actual judges on the actual governing board.”

Democrats are calling for a more cautious approach that gives the GAB time to fix the issues identified in the audit released last week, pointing out the GAB has seen a dramatic increase in its workload in recent years as a result of several recall elections, a statewide recount, and the ongoing battle over the state’s voter ID requirement.

Knudson says it’s urgent that the GAB get a major overhaul. He wants a top-down review and he’s vowing to introduce legislation early next year to do just that.