You are here: Home / News / Many stores are open for day-after-Christmas rush 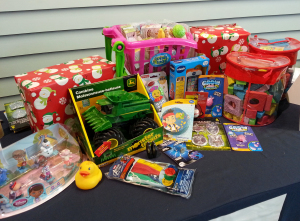 New bargains and promotions await shoppers. Many will want refunds or replacements for gifts they received — and they might be turned away if they don’t know the lay of the land.

Sandy Chalmers of the state’s consumer protection agency says it’s “buyer beware” for the most part — and you should study the fine print before you walk in the door. Stores are required to disclose their return policies before selling merchandise, but it’s up to each retailer to decide its own policies. The state says it only gets involved when stores don’t deliver on what they promise.

Chalmers says in some cases, it may already be too late to return Christmas gifts — namely those bought more than two months before the holiday, which have 60-day limits on returns following purchase. Also, you might get hit with big re-stocking fees on electronics if you try to return them. Chalmers says some re-stocking fees are substantial — up to 15 percent of an item’s cost.