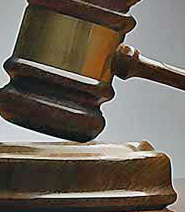 A couple brought their child in to St. Joseph’s Hospital back in September, according to court records. The child had two fractures to his left arm. A doctor told authorities that the baby wasn’t walking, crawling or pulling himself up yet to cause an injury like that.

When authorities questioned the parents, the father, Mark Kuehn, 28, admitted that he was watching his son and trying to change his diaper, but the child was fussing and rolling around in his crib. Kuehn said he grabbed his son’s left arm and pulled him back into place when he heard a pop and the boy started to cry.

Kuehn was charged with child abuse and felony bail jumping. The bail jumping charge came about when authorities learned that Kuehn broke one of the conditions of his bond which was to have no contact with his son.

In the end, the bail jumping charged was dropped. As a result of a no contest plea Kuehn was found guilty in Wood County Court on Monday of child abuse. A sentencing date has not be set yet, but if convicted of the maximum amount, he could spend 9.5 years in prison.