You are here: Home / Packers / Matthews named NFC’s Defensive Player of the Week 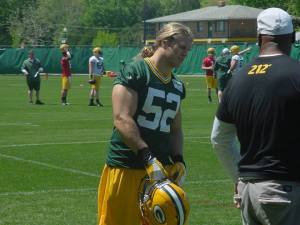 Matthews collected his 12th career game with at least two sacks.  Matthews also has 10 sacks for the season, the fourth career 10+ sack season.  He now has 60 sacks for his five-plus seasons in the NFL.