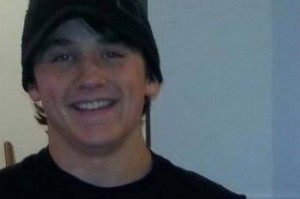 An eighth-grader from Red Wing Minnesota is dead following a hunting accident in western Wisconsin.

Pierce County authorities say Logan Hinrichs, 14, died from a gunshot wound over the weekend, while hunting in Maiden Rock.  The death remains under investigation.

Red Wing Superintendent Karsten Anderson alerted parents about the death Monday, after students and staffers were told. “The school district is implementing its crisis management plan to provide as much support as possible during this difficult time,” the statement says. “We are providing counselors and other support.”

There’s been no indication regarding the type of hunting involved in the mishap.

Wisconsin completed its November nine-day gun hunt a couple weeks ago with no shooting deaths reported.

Meanwhile, a webpage has been created for the family in order to collect funds to help cover funeral costs. According to the GoFundMe site, “ANY donation amount is appreciated.”  Slightly more than $7,000 has already been raised.