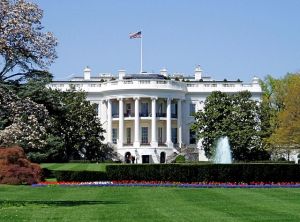 We’re hearing mixed reactions from a couple of Wisconsin Congressmen regarding President Obama’s move to normalize relations with Cuba Wednesday.

Duffy is glad to see American Alan Gross returned, but points out he should never have been imprisoned in the first place. The Foreign Affairs Committee member says, “The President has once again extended his hand to a leader who raises a fist in return.” adding, He has offered a commitment to a significant shift in U.S. Policy without any guarantees that Cuba will follow suit.” Duffy points out that last week, 240 dissidents were arrested in Cuba during human right protests, showing the Castro regime has no genuine interest in changing it’s ways anytime soon.

Kind supports, “Normalizing relations with Cuba that will ease restrictions between our countries and put an end to 50 years of failed policy.” He says, “It doesn’t make sense to have economic relations with a Communist nation like China, yet stay closed off to a nation just 90 miles off our coast.” Kind wants Congress to end the embargo altogether and fully open up this new market to U.S exports, which would be good for Wisconsin farmers and for job creation.