You are here: Home / Crime / Courts / Wisconsin woman gets 30 years in prison for fatal drugging of child 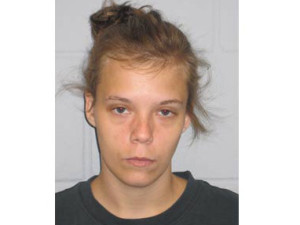 A western Wisconsin woman will spend 30 years in prison for drugging her boyfriend’s young daughter to death.

A Trempealeau County judge on Thursday handed down the sentence for 24-year-old Amanda Butts, who struck a plea deal that convicted her of reckless homicide and child abuse. As part of the agreement, another abuse charge was dropped, along with a count of illegally serving narcotics to a minor.

Prosecutors said Butts was babysitting 22-month-old Alexis Behlke in June of last year, when she bruised the toddler and fed her a combination of drugs which included oxycodone. Butts reportedly told investigators that the child was whining and would not sleep, so she gave the child the drugs to settle her down. Her boyfriend was working at the time.

Besides the prison time, Butts must spend 15 years under extended supervision when she’s no longer behind bars.