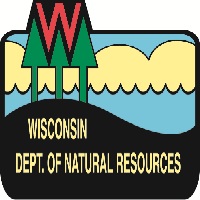 The state Natural Resources Board will be asked today to make the first changes to Wisconsin’s invasive species list since it was created in 2009.

DNR staffers want to classify 49 new species as being prohibited — which means that people must destroy them when they find them on their properties — and they cannot keep, sell, or transport them.

Also, the DNR wants to add another 32 invasive species to the restricted list — which means that folks can possess them, but not move or sell them.

In northern Wisconsin, Vilas County invasive species coordinator Ted Ritter says one plant has drawn attention — the Japanese Barberry, which has some cultivars on the protected list. He said the plant could cause a lot of damage if it escapes into the wild.

Ritter says retail nursery outlets are probably ready for the changes, and have started dropping harmful cultivars from their inventories. Cultivars are widely planted as ornamentals.

The DNR made the proposed changes public November 20th.