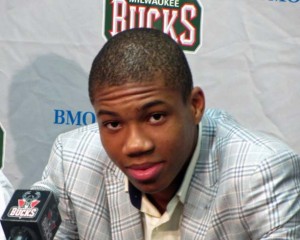 Antetokounmpo is the third player to represent the Bucks in the dunk contest, following Paul Pressey in 1987 and Ray Allen in 1997.  Brandon Jennings was named to the contest in 2011 but didn’t participate due to injury.