You are here: Home / Badgers / Badgers grind out a victory 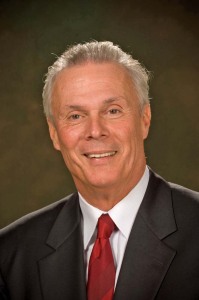 The 4th-ranked Wisconsin Badgers didn’t shoot as well as they had in previous Big Ten games and found themselves having to grind out a 62-55 win over the Purdue Boilermakers at the Kohl Center on Wednesday night.

The Badgers had won their first two Big Ten games by an average of 20 points, but this one would be different.

The Badgers shot 43.6% overall and just 3 of 14 from three-point range, but they outscored the Boilermakers 25-3 at the free throw line.

AUDIO: Bo Ryan on the free throw disparity between the two teams :11

The Boilermakers (10-6, 2-1) attempted only seven free throws and committed 24 fouls, twice as many as the Badgers.  Purdue had attempted 56 free throws in their first two Big Ten games.

AUDIO: Bo Ryan says the win over Purdue was a grind :13

Bo Ryan improved his record at Wisconsin to 159-66 to break Walter Meanwell’s program record for Big Ten victories.  The Badgers improved to 15-1 on the season, 3-0 in the Big Ten.

Wisconsin hits the road to face Rutgers on Sunday.