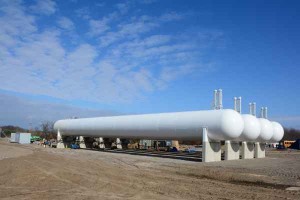 Just a year after prices spiked and supplies dropped, most propane customers are having far fewer problems getting fuel this winter.

As Wisconsin faced record cold temperatures, and supply lines were having trouble keeping up with demand, many residential customers saw prices creep up to over $5 a gallon for propane. Even if they were able to pay, some customers could not even get fuel delivered to their homes. This year, the US Energy Information Administration says prices this winter are back down around $1.79 a gallon.

Stephanie Marquis with the State Energy Office says supplies at major terminals are plentiful, and major retailers say they have been no trouble getting fuel out to customers. Marquis says there’s a new high-efficiency propane terminal in Hixton which has helped with distribution, along with several other measures the state has adopted. The largest factor appears to be the weather though, which overall has been milder than what was experiencing at this time last year. That’s helped to significantly reduce demand.