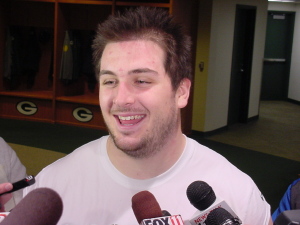 Green Bay Packers center Corey Linsley and safety Ha Ha Clinton-Dix have been named to the NFL all-rookie team as selected by the Pro Football Writers of America.

Linsley is a fifth-round draft choice and has started every game at center this season.  He beat out a half-dozen other rookie centers and is the first center from Green Bay selected in the 41-year history of the team.