You are here: Home / News / Mike Tate won’t seek another term as chair of Wisconsin Democrats 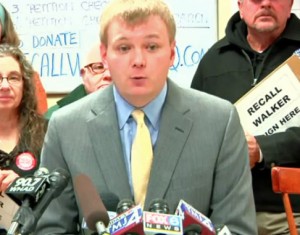 State Democratic party chair Mike Tate will not be seeking another term in the leadership position. Tate made the announcement in an email which was obtained by WisPolitics.com “This is not a job you do for a career, but one you have the honor of holding for a short period of time where you try with all your might to do everything you can to grow the Party and help elect Democrats,” Tate wrote.

A former chair of the state Democratic party is putting himself forward as a candidate to succeed Tate. “The party chair can have a real impact when it comes to elections,” said Joe Wineke, who served as DPW chair prior to Tate, from 2005 to 2009.

Tate became the youngest state party, aged 30, when he was elected as chair at the 2009 DPW convention. His time at the helm of the DPW has been marked by robust fundraising efforts – his email cited a figure of $45 million – but inconsistent election results.

“There’s three critical areas that I think this (the DPW chair) matters at, said Wineke, 58. “Mike was good at one of these for sure, and that was fundraising.” Wineke said the state party will need to do a better job with its messaging, and addressing the needs of public education in Wisconsin.

Tate’s term as DPW chair also saw the party lose the majority in both chambers of the state legislature. “I want to make this commitment to the people who will vote for chair, that if you elect me chair and I don’t win back seats in the stat legislature, I won’t run again,” said Wineke.