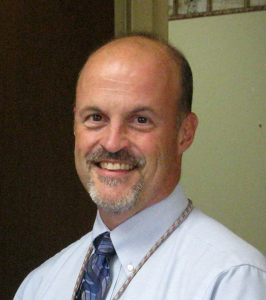 The U.S. Department of Veterans Affairs has launched an immediate investigation into allegations of over-medication and a hostile, retaliatory work environment at the Tomah VA Medical Center. Also, Tomah Chief of Staff, psychiatrist David Houlihan, has been removed from the facility.

U.S. Representative Ron Kind (D-La Crosse), whose district includes the VA hospital in Tomah, is in Wisconsin just a few days after asking for an official investigation into the increased use of opiates at that veterans facility. This discrepancy came to light after a federal whistle-blower complaint was filed.

“I’ve reached out to that individual, too, to have conversations. I wanna sit down with that individual to get more information as far as what he saw and what he may have witnessed himself while at the VA.”

The Center for Investigative Reporting said the numbers of opiate prescriptions at Tomah grew by over 500 percent from 2004 to 2012, even as the numbers of veterans seeking care declined. According to the report, workers who raised questions about patients being “doped-up” were punished. A Marine died last August from an overdose.

The La Crosse Democrat had meetings scheduled at the VA hospital. “Trying to reach out to other people who might have first hand knowledge of what they saw occuring in Tomah.”

An investigation aims to find out how something like this could go on for such a long period of time. “That’s a great question,” Kind says. “That’s one of the questions I’m going to have actually for (Tomah VA) Director Mario DeSanctis if these allegations are true … what steps are being taken internally right there in Tomah to look into this.”

He cautions, there are two sides to every story.

On Tuesday, Senator Baldwin sent a letter to federal VA Secretary Robert McDonald expressing her concerns. She says the high-level investigation will be conducted by the Veterans Health Administration and the Office of Accountability Review.

“I spoke to Secretary McDonald this morning and he informed me that he is taking these allegations very seriously and is immediately launching a thorough investigation,” said Baldwin. “In addition, he has decided to remove the Tomah Chief of Staff from the facility and bar him from seeing patients and writing prescriptions. These are important initial steps and I will closely monitor the investigation’s progress and work to ensure that its scope and resulting remedial actions will achieve and maintain the goal of providing the timely, highest-quality care that our Wisconsin veterans have earned.”

Kind will hold a press conference on Friday at his office in La Crosse to provide updates and discuss what needs to be done to determine the extent of the problem and swiftly resolve it.

Kind sent a letter on Monday to the federal Department of Veterans Affairs requesting a formal investigation. He wants to know whether this is Tomah-specific, whether it’s system-wide in the VA, or whether it’s a problem throughout the entire health-care system.