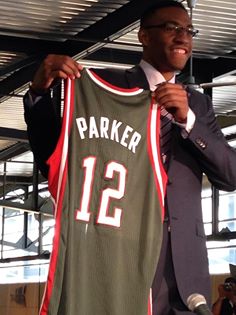 Parker will have his torn left anterior cruciate ligament repaired after initially suffering the injury on Dec. 15 against Phoenix.  Parker accompanied the Bucks to New York for last nights game.  He’ll have his surgery there this morning.

Inglis will have surgery on his right ankle in Charlotte, North Carolina.  The 6’8 forward suffered the injury during a pre-draft workout with Oklahoma City.

Both players are out for the season but are expected to return next year.

Parker was the second overall pick in the 2014 draft by the Bucks.