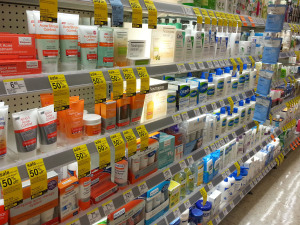 The use of small plastic microbeads in personal care products is getting a closer look in Wisconsin. Lawmakers have introduced legislation that would outlaw their use in a number of products, such as skin creams and facial cleansers, citing concerns about the possible environmental damage they may be causing.

State Representative Mary Czaja (R-Irma), a cosponsor of the proposal, says the small beads slip through water treatment systems, ending up in rivers and lakes. The beads, which are used as an exfoliating agent, absorb toxins that are then be ingested by fish or other wildlife.

The bill being considered at the Capitol would stop the manufacturing of products in Wisconsin that contain microbeads by 2017. It would then outlaw the sale of those products by 2018.

Czaja says many companies are already moving in this direction, and have turned to natural alternatives to produce a similar effect. She says the bill is the result of working with companies to set an end date on the products that’s consistent with what other states have adopted.

A hearing date for the legislation has not yet been set.