You are here: Home / Badgers / Wisconsin’s Jackson headed for surgery 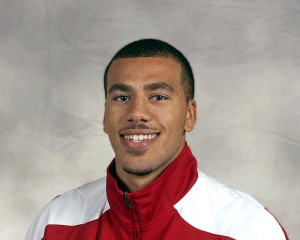 Wisconsin Badger senior point guard Traevon Jackson will undergo surgery on his injured right foot on Thursday with the rehab process starting in 2 to 3 weeks.

Jackson injured his foot in Sunday night’s 67-62 loss to Rutgers.  He has stated 84 straight games at Wisconsin and leads the Badgers with 49 assists this season.

Jackson is averaging 9.4 points a game and ranks sixth in the Big Ten in free throw accuracy, shooting 85.4% at the foul line.

Jackson had seven points  prior to his injury on Sunday.