You are here: Home / Packers / Woodson signs with Raiders for another season 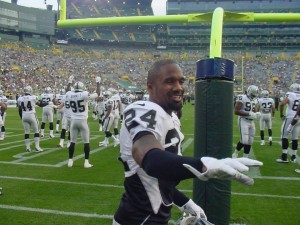 Woodson showed few signs of slowing down last season.  He played in all 16 games and led the Raiders in tackles with 160, including 105 solo tackles and four interceptions.

Woodson is an 8-time Pro Bowl player who was named an alternate this past season.  He played for the Packers from 2006 through 2012.

The only defensive back to start a game at age 39 or older is Hall of Famer Darrell Green, who played until he was 42.