You are here: Home / Sports / Bucks to retire Bob Dandridge’s #10 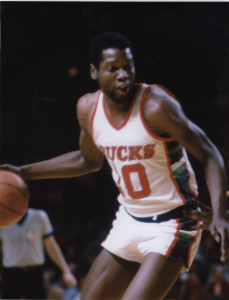 Bob Dandridge was a fourth round draft pick by the Milwaukee Bucks in the 1969 NBA Draft.  He was a key member of Bucks team that captured the 1971 NBA Championship.  Today, the Bucks announced that they will retire his jersey #10 at a ceremony March 7 at the BMO Harris Bradley Center.

Dandridge will be the eighth franchise player to have his number retired and the first since Kareem Abdul-Jabbar’s No. 33 was retired in a ceremony on April 24, 1993.

Dandridge was named an all-star four times while in Milwaukee and was named a starter in the 1975-76 contest.

He was also a part of the Bucks team that reached the NBA Finals in 1974 but lost to the Boston Celtics in a seven-game series.

When Dandridge was in Washington, he won an NBA title with the Bullets in 1978, teaming with Elvin Hayes and Wes Unseld to beat Seattle in seven games.