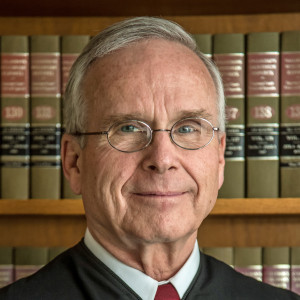 A Rock County judge is looking to unseat Wisconsin Supreme Court Justice Ann Walsh Bradley. Judge James Daley was appointed a circuit court judge by Governor Tommy Thompson in 1989 and has been reelected five times. He also served as Rock County District Attorney. He says lack of judicial oversight can be a problem for judges. “H.L. Mencken once joked that judges are just law students who get to grade their own tests,” Daley told members of the Wisconsin Counties Association.

“Judges have little oversight when we make decisions, and the lake of oversight gets even worse the higher a judge goes, and the temptation for a judge to think they’re the highest arbiter of right and wrong only gets stronger. That’s why it’s dangerous when a justice like my opponent goes to the Supreme Court and decides to change Wisconsin into her own image,” Daley said.

Daley charged that Bradley, a Richland Center native who was first elected to the Supreme Court 20 years ago, “has consistently relied on her own prejudices to overturn the will of the people of Wisconsin, citing her opinion in the court’s 2005 lead paint decision, and dissenting opinions on Act 10 and voter ID. He said those are merely three examples from “a career marked by unchecked judicial activism, and really a contempt for the rule of law. It’s a career that I intend to bring to an end.”

Daley said he also supports a state constitutional amendment to allow justices to elect the chief justice, ending the practice of having the most senior justice serve in that role. “It’s a good move, and it’s long overdue. We’re one of only five states that does it this way,” he said. The amendment will be on the ballot in April – along with the election between Daley and Bradley.