You are here: Home / News / Green Bay: The most romantic city in the nation 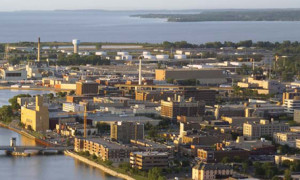 Green Bay is for lovers. At least according to Redbox, the company behind the movie rental machines that have sprung up nationwide.

The company put out a list of the most romantic cities in the country, based on romantic comedy rentals from its kiosks in 2014. Green Bay landed at number one on the list, while Wisconsin came in second overall.

Nichole Campbell, owner of the Petal Pusher flower shop in Green Bay, says she’s not surprised. While she’s gearing up for Valentine’s Day on February 14, she says customers often buy flowers from her shop throughout the year “just because.”