You are here: Home / Brewers / Higuera to be inducted into Miller Park Walk of Fame 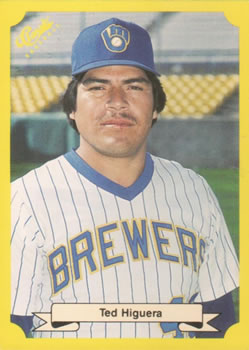 Higuera played all nine of his Major League seasons with the Brewers, starting his career in 1985 by going 15-8 with a 3-90 ERA with 127 strikeouts and finishing as runner-up in the American League Rookie of the Year race.

The following season, Higuera posted a 20 win season, going 20-11 with a 2.79 ERA, with 207 strikeouts and 17 complete games.  He earned All-star honors and finished second on the Cy Young Award ballot.

During his career, Higuera finished 94-64 with a 3.61 ERA and currently ranks third among franchise leaders in career wins and strikeouts (1,081).

Higuera will be recognized during a pre-game ceremony at Miller Park on Friday, August 14 before the Brewers face the Philadelphia Phillies.