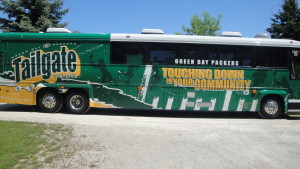 Tickets for the tailgate parties at all locations will go on sale Monday, March 2.  Information on purchasing tickets can be found at:  www.packers.com