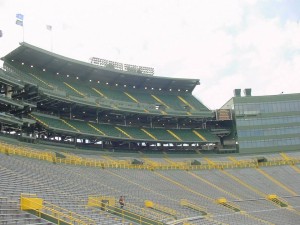 The Green Bay Packers have increased the cost of watching a game for the sixth straight year.  The Packers announced the increase of anywhere from $3 to $5, depending on seat location, on Friday.

Packers President Mark Murphy said the increases have kept the Packers in the middle of the pack in NFL average ticket price.

“We project this increase will place us 18th in average ticket price, which is just below the NFL average,” Murphy said in the brochure.  “We use that benchmark each year to help us determine pricing so we maintain great value for season ticket holders and provide a fair share to our partner teams.”

The last time the Packers didn’t raise ticket prices was in 2009.