You are here: Home / Sports / Sanders is out in Milwaukee 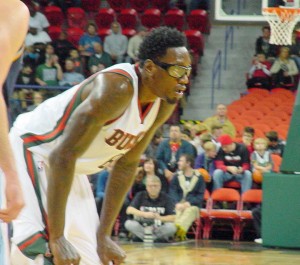 Signing Larry Sanders to a four-year, $44-million contract extension turned out to be a bad deal.  The Milwaukee Bucks waived the 26-year-old center after a buyout agreement was reached on the remainder of his deal.

Sanders ended up playing just 50 games over the last two seasons for the Bucks, including 27 this year.

Sanders’ last appearance with the Bucks came Dec. 23rd.  He was out due to illness and personal reasons before serving a league suspension for marijuana use.  It was his second suspension for drug use in the last 12 months.  He ended up serving as 12-game suspension without pay.