You are here: Home / Health / Medicine / Vaccination movement undermined by its own success 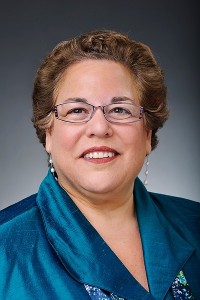 Measles had been all but eradicated, but now we’re seeing an uptick in cases nationwide. One expert says people are opting against vaccinations because they seem to have forgotten just how dangerous the disease can be.

Alta Charo is a professor of law and bioethics at the University of Wisconsin-Madison. She says as the fear of measles declined, some parents are focusing their fears on the vaccine and avoiding it, leaving kids vulnerable to the disease.

Charo calls that “really, really unfortunate,” saying “It takes something like what’s happening now with hundreds of children getting sick across the country to finally remind people why  the vaccines provide far more benefit than any possible risk.”

AUDIO: Charo talks about how the fear of MMR started. 2:30

Wisconsin Immunization Program director Dan Hopfensberger says there are currently no reported cases of measles in the Badger State, but it could be just “a plane ride away.”  He says by making sure you and your children are up to date on the vaccine,  “you’re not only protecting yourself and your children, but you’re also protecting the individuals who can’t get immunized,” such as those who are too young or ill.

The vaccination movement has been undermined by its own success, Charo explains. People have forgotten that kids would get pneumonia, be hospitalized, and even die from measles.

Before symptoms present themselves, someone might not know they’re sick, going about their day spreading the “incredibly contagious” disease.

Charo notes, those who choose not to vaccinate their kids often talk about personal liberty and parental choice. “Even in that frame, we’ve always understood that personal freedom ends at the point at which it’s dangerous to somebody else. And that’s been true since the founding of this country.”

Wisconsin law requires childhood vaccinations, with some narrowly defined exceptions. Governor Walker recently expressed his support for the vaccines, saying his own kids had their shots. “I think they’re a key way to prevent serious health problems,” Walker said.

Individual vaccinations benefit everyone as a whole. Charo says it’s not ethical for a parent of a non-vaccinated kid to be a “free rider” — having their child protected because of everyone else’s immunity.

Those infected with measles will experience cold-like symptoms and a red blotchy rash. The only way to be certain one has the measles is to get a blood test. Health officials suggest calling before going to the doctor so health care professionals could take precautions to make sure people in the waiting rooms don’t get infected. Measles can be serious, especially for children younger than 5 years old, according to the CDC. It can lead to pneumonia, encephalitis (swelling of the brain), and death.

The Centers for Disease Control reported 121  cases of measles this year across the country. The outbreak originated at Disneyland in California in mid-December. Measles: what you need to know.