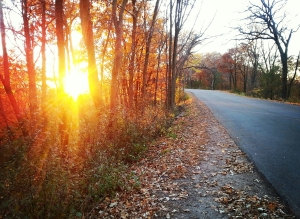 The DNR has been purchasing easements since 1990 to protect the 560,000 acres of land while keeping it open to the public. Walker wants to freeze new land purchases because the debt ratio needs to “get under control.”

“We think we should be good stewards — not only of our natural resources, but of our finances.” And he says, “The debt ratio is too high right now.”

Vos says it’s a great idea to “pare back” the stewardship fund, but not stop it for more than a decade.

“To make it a program that’s based on what our original goals were, which is preserving high-quality land, not owning it but buying easements so we can protect it but still have property taxes be paid.”

Vos says he understands the concern about the DNR buying a bunch of land up north, but in southeastern Wisconsin where there’s a “lot of development pressure,” he says a moratorium just wouldn’t work.

A land conservation group also points to Wisconsin’s economy, saying “lack of public access to land is a significant threat to our state’s sporting heritage” and tourism industry.

“A prosperous future for Wisconsin should include investments in clean water, in natural resources that support jobs, and in wild places for kids and families to fish, hunt, and explore close to home. The Stewardship Program contributes to a strong economy, healthy communities, and the high quality of life that makes Wisconsin a desirable place to live, work and play.”

Wisconsin’s $12 billion outdoor recreation industry, including our $4 billion hunting and fishing industries, are directly supported by the Stewardship Program’s protection of our land resources. So is our state’s $20 billion forestry industry — through working forest conservation easements and land purchases. “The Stewardship Program costs each resident in Wisconsin less per year than a fishing license or a state park sticker,” Strigel added. “The benefits to our state far outweigh the cost.”

Wisconsin League of Conservation voters also responded to news of the budget proposal:

“Governor Walker’s budget is inexplicably off the mark. The Stewardship Program provides public places for all Wisconsinites to enjoy and supports healthy communities and healthy local economies. Why would he want to cut the legs out from under a program that has been so popular and has such a positive impact, not just to Wisconsinites today, but to future generations?” said Anne Sayers, Program Director.

The state legislature will examine the budget in the coming months.