You are here: Home / Business / Wisconsin gas prices up slightly 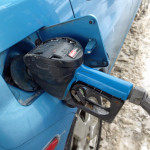 You may have noticed gasoline prices increasing in Wisconsin. The statewide average per gallon price has crept back up in recent days, to $2.09. “But we’re still down about six-and-a-half cents from where we were this time last month, and down well over a dollar from where we were last year at this time,” said Nick Jarmusz of AAA Wisconsin.

Previously plummeting prices for crude have plateaued. “So we haven’t been seeing the crude oil prices go down consistently day after day or week after week they way they had been for the last six months, so that’s kind of put a floor on where gas prices have gone,” explained Jarmusz, adding that refinery issues – especially here in the Midwest – have also played a part in pump prices.

Still, AAA expects prices to remain lower than what consumers had grown used to in recent years. “It’s tough to say. We are anticipating that prices will remain relatively low, compared to what we’ve seen in recent years, through 2015,” said Jarmusz. He said several possible factors – including severe refinery issues due to hurricanes on the Gulf Coast, international conflict that puts a pinch on crude supplies, or a decision by OPEC to reduce production – make long-range predictions challenging.

Jarmusz said recent severe winter weather in the Midwest and Northeast likely exerted downward pressure on prices. “It effects the demand side more than the supply side. The trucks are still getting out and refueling the stations, and the refineries are still operating despite the weather. But we are seeing fewer people drive, or cutting back on the driving that they’re doing,” he said.