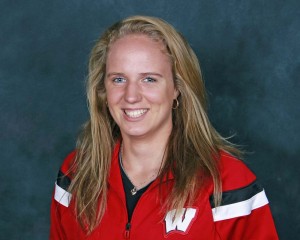 The Wisconsin Badgers face off against the rival Minnesota Gophers tonight in the women’s Frozen Four semifinals at Ridder Arena in Minneapolis.  The Badgers will be trying not only to get into the Frozen Four championship game, but they’ll be trying to end a 17-game winless streak against the Gophers, dating back to 2011.

The Frozen Four berth is the eighth in the last ten seasons for the Badgers (29-6-4), which is ranked 3rd in the country but seeded fourth in the NCAA field.  The Badgers are shooting for their fifth Frozen Four title.

Minnesota beat the Badgers in last season’s semifinals but lost in the championship game to Clarkson.

The Badgers advanced to the Frozen Four with a 5-1 victory over Boston University in the quarterfinals last weekend.

The Badgers have had little problem scoring goals, but they’ve been particularly consistent on defense, allowing 1.08 goals per game on average this season, tops in Division 1 women’s college hockey.  The Badgers are anchored in net by sophomore goaltender Ann-Renee Desbiens.  She has recorded 14 shutouts in her first full season in-goal.  That is tied for most single-season shutouts in program history.

The Badgers have also been stingy on the penalty kill this season (96.6%) having killed 112 of 116 penalties this season.

The Badgers have claimed four NCAA titles and two runner-up finishes from 2006-’12.  Wisconsin captured the 2006 title game over Minnesota.