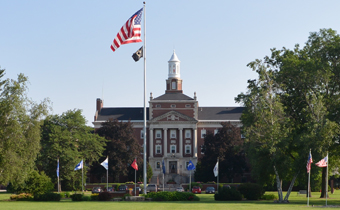 Members of the Senate Committee on Homeland Security and the House Committee on Veterans’ Affairs will hear testimony on Monday, as they look into the practices at the Tomah VA Medical Center, allegations of over-prescribing opiates to veterans, and retaliatory behavior toward whistleblowers at the facility.

The joint hearing is scheduled to get underway held at 1:00 p.m. at Cranberry Country Lodge in Tomah.

Wisconsin congressman Ron Kind, who sent a letter last month to the House Committee, requesting the hearing, said testimony will include that of Ryan Honl, the former Tomah staff member who originally raised concerns about the use of opiates at the center.

Dr. Carolyn Clancy, the VA Interim Undersecretary for Health, will also testify. “I’m sure she’ll be talking about the investigation at Tomah, but also what’s been implemented there, as well as throughout the entire VA system,” said Kind.

The Tomah Center remains under investigation by Clancy’s office and the  VA’s Office of the Inspector General. The field hearing is the latest official response, since the problems at Tomah were brought to light through a January 9 story by the Center for Investigative Reporting.

According to the story, at least one veteran died of a drug overdose while at the hospital, which had become known as “Candy Land” by some patients.

Despite the scandal surrounding opiate painkillers, Representative Kind said it’s important to realize that many veterans remain highly satisfied with the Tomah center. “I’ve heard from many, many veterans since these stories first broke, about how satisfied  they are with the quality of care that they personally have been receiving,” he said.