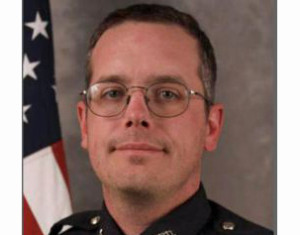 The family of a white Madison police officer who shot and killed an unarmed black teen earlier this month have released a statement describing him as “an exemplary officer who operates with the highest level of integrity, judgment, and restraint.”

Officer Matt Kenny killed 19-year-old Tony Robison on March 6th. Kenny was responding to reports that the teen was running in traffic and had battered people. According to police, Kenny shot Robinson after being punched in the head inside a residence. An investigation by the state Division of Criminal Investigation is ongoing.

“Up to this point, we have preferred to remain silent, out of respect for the profound grief we know that Tony Robinson’s family and friends feel,” reads the statement, which was issued Thursday by the Wisconsin Professional Police Association on behalf of the Kenny family. “We are deeply saddened by his loss. We know he mattered, and we wish that this tragedy could have been avoided. We also understand and support the impulse to protest, and we want to thank Tony Robinson’s family and other community leaders for their consistent calls for peaceful demonstrations.”

Robinson’s death has spurred multiple protests, including walk-outs by hundreds of high school students in the week immediately following the shooting.

The statement provides details of Kenny’s service with the Madison Police Department, as well as his time serving in the United States Coast Guard, and describes the officer’s “caring, considerate nature, and his conscientiousness.”

“His commitment to serving his community has led him to undertake numerous tasks that others would prefer to avoid. Matthew has pulled bodies from the sea after a plane crash in the Caribbean, sailed into rough waters to rescue boaters and fishermen in distress, and, while working for the MPD, intervened in countless domestic disputes, and deftly handled innumerable intoxicated, out-of control people. He sees people at their worst, but he has maintained his dedication to the safety of our city.”