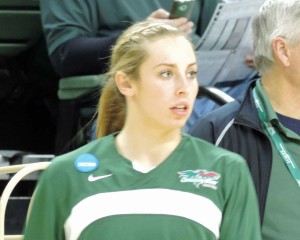 The Phoenix failed to land a player on the All-Horizon League first-team for the second straight season, despite finishing 25-4 overall and winning the league title by a whopping three games with a 15-1 HL record.

No. 1 seed Green Bay opens the 2015 Horizon League Tournament on Wednesday, facing the winner of tonight’s opener between No. 8 Milwaukee and No. 9 Valparaiso at the Kress Center at 7 p.m.

Wright State senior guard Tay’ler Mingo was named the Horizon League Player of the Year and her coach Mike Bradbury was voted the HL Coach of the Year.

Valparaiso forward Dani Franklin was voted the HL Freshman of the Year and the Sixth Person of the Year.  UIC’s Ruvanna Campbell is the Defensive Player of the Year.