You are here: Home / Packers / Hawk signs with Bengals 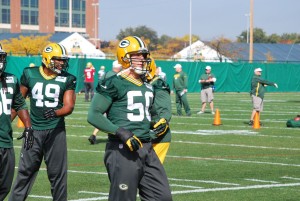 Nine-year NFL veteran A.J. Hawk, who was released by the Green Bay Packers in late February, has signed a two-year free agent deal with the Cincinnati Bengals.

Hawk’s role was reduced in Green Bay as the season progressed.  He finished with 89 tackles and a pair of pass breakups, but played strictly on base downs.

By signing with the Bengals, any thoughts of a possible late return in Green Bay is no longer a reality.  Now he joins the Bengals and moves closer to home.

The Bengals were 20th in the NFL against the run last season.