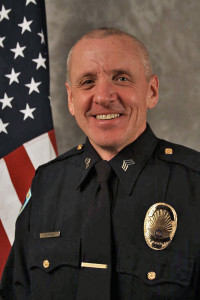 Madison’s police chief is coming to the defense of an officer who fatally shot an unarmed black teen earlier this month.

In a blog post Monday morning, Chief Mike Koval wrote that’s he’s “outraged” that people would judge officer Matt Kenny without any facts about what actually happened. Kenny, a white Madison police officer, shot and killed 19-year-old Tony Robinson on March 6. His death prompted a week of peaceful demonstrations around the city and has set off discussions about racial tensions in Madison.

Kenny was responding to reports that Robinson was jumping in-and-out of traffic and had assaulted someone. Police have said Robinson assaulted the officer, and was shot soon after.

A state Department of Justice investigation into the shooting is ongoing. The results of that review could be completed later this month.

In his blog, Koval wrote – “As we await the decision in this case, I challenge all of those who have already formed a conclusion–one way or another–to suspend judgments that are not predicated on fact(s). No one–including me and the members of MPD–know what findings or conclusions will be submitted to the District Attorney.”

Koval said the he has known Officer Kenny for over a dozen years, and highlighted his 45 commendations for his work on the Madison police force. He also noted that the officer had a “robust” career as a Coast Guard medic. “In short,” Koval said, “there is much to be said for the character of Officer Matt Kenny’s content than what has been said or printed to date.”