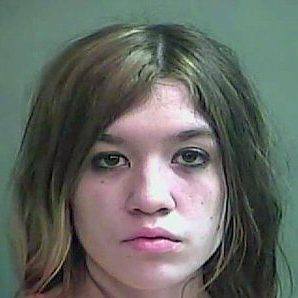 Homicide charges are now pending for an Oneida County teenager accused of killing her mother and stepfather on Sunday. Prosecutors say 17-year-old Ashlee Martinson will be charged with two counts of first degree homicide and three counts of false imprisonment when she is extradited back from Boone County, Indiana.

The couple found dead in the Town of Piehl were identified as 37-year-old Thomas Ayers and 40-year-old Jennifer Ayers, Martinson’s mother and stepfather. Three minor girls were also found inside the residence unharmed. When detectives arrived at the scene, the oldest of the girls told them that Martinson was responsible.

A criminal complaint says the child heard gunshots upstairs while she was playing with Jennifer Ayers. Ayers then ran upstairs and was began fighting with Martinson. Martinson then locked her three sisters in a closet and then fled the area with 22-year-old Ryan Daniel Sisco.

The two were arrested outside Indianapolis following release of a nationwide alert. Deputies say they do not believe Sisco was directly involved in the homicide.

The case remains under investigation with help from the Wisconsin State Crime Lab.