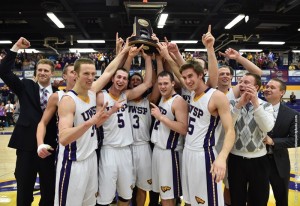 The UW-Stevens Point men’s basketball team is getting ready for the programs fourth Final Four appearance and first since winning the 2010 National Championship.

The Pointers will face Virginia Wesleyan, who defeated top-ranked Randolph Mason 49-47 on Saturday, in the Final Four on Friday night 7 p.m. in Salem, Virginia.

Stevens Point entered the game with the nation’s top-scoring defense (55.5 ppg) and held East Texas Baptist to 48 points under its season average.